The December 2007 Global Fund Board meeting has been made possible after the government of the People’s Republic of China promised to revise its discriminating HIV-specific entry and residency restrictions.

The promise to revise the Chinese legislation has never been met. Until now (October 2009), nothing has changed in China. The People’s Republic of China remains solid among the 14 countries with the harshest restrictions we are aware about. Anybody crossing the border to China, even for short term stays, has to disclose HIV status and is consequently refused entry. We have no report of anybody declaring himself IV-positive who has actually been granted an entry visa – despite opposite promises made on visa application forms. Foreigners with HIV are still being deported (source: www.hivtravel.org). This has a devastating impact on the lives and professional prospects of HIV-positive migrant professionals and is a gross violation of fundamental human rights.

We very much welcome the Global Funds decision not to have any of its Board meetings in countries where the rights of people living with HIV/AIDS are not respected, notably to countries where the disclosure of an HIV status at entry is mandatory. Such pressure has shown to be an effective advocacy tool in fighting against discriminatory practices.

The Global Fund is the biggest financial mechanism, funding AIDS, TB and malaria, bringing all stakeholders together with the same intention to stop all three epidemics and help people in developing world around the globe. The Global Fund philosophy and policies are considered to be very civil society sensitive and friendly to the needs of the communities affected by the diseases.

We believe that the Global Fund has a good chance to hold the Chinese authorities accountable, and to further work in collaboration with the former Task Team partners in order to change the situation in China. This could give an example to the whole developing world.

We ask Communities Delegation to again take a leading role on the issue of HIV-specific movement restrictions, and table the matter at the upcoming Global Fund Board meeting in Addis-Abeba, Ethiopia. We consider it to be necessary that the Board contacts the Chinese authorities and officially remind them on their promises.

Finally, we encourage you to report on the negotiations to the communities and to the Task Team network. 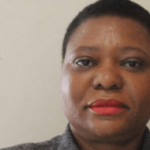 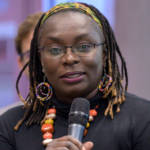 More and more people know: HIV is not transmittable during treatment